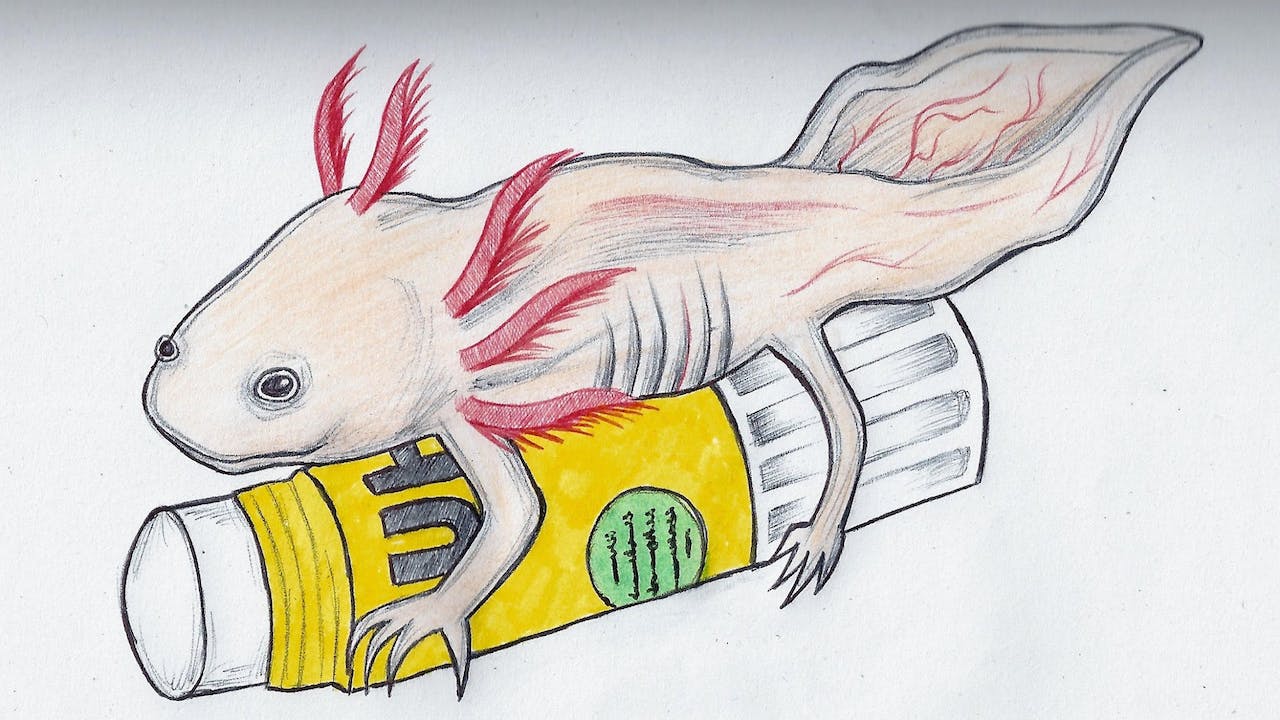 Death of an Axolotl

A tragicomedy about a Mexican walking fish, OCD and Tourette syndrome.

Produced with the support of the Community Broadcasting Foundation and Channel 31 Melbourne, a chronicle of the friendship between a 7-year-old boy Robin and a classroom pet axolotl in the face of the tyrannical art teacher, Ms. LeGrand.

Starring Dominic Billings, Hannah Malarski and Louis Bowden as the voice of the Axolotl

Puppetry by Michael Lanzer of The Puppet Creation Lab